The Guild, which turns apartments into short-term rentals, has nabbed $25 million in Series B funding

The Guild, a nearly four-year-old, Austin, Texas-based startup that turns apartments into comfortable short-term accommodations for business and other travelers, has landed $25 million in Series B funding from some of its earlier investors, including Maveron and Convivialite, along with Mark VC and real estate companies like the Nicol Investment Company, which owns some of the buildings in which The Guild  has units.

The 171-person company — started by two University of Texas grads who met in 2015 through their overlapping interests (one worked in boutique hotel development and the other is a co-founder of the apartment marketplace Apartment List) — has plenty of competition. Lyric, Domio and Sonder are but three of the many other well-funded companies now in the business of gussying up apartments and renting them out like hotel rooms.

The competition is so stiff, in fact, that all are fast adding other services to their offerings. All promise around-the-clock support, for example, so if the Wi-Fi goes down, there’s someone to scream at, no matter the hour. Lyric also offers its customers “curated in-suite art, music and coffee programs.” The Guild touts its personal approach, like adding a Christmas tree to a room for a family that is temporarily displaced during the holidays. Meanwhile, among its offerings, Sonder offers “pre-stay cleaning.”

The last seems less like a perk than a necessity, but in the race to capture mindshare, no detail is too small to promote, apparently.

As for its part, The Guild is now operating 565 units, with another 235 units in the “final stages of development,” the company tells us. It’s also operating in six cities currently — Austin, Cincinnati, Dallas, Denver, Miami and Nashville — but it plans to land in six more in the next 12 to 24 months. (If you’re curious about how long it takes for a unit to become profitable, the company says the investment payback is traditionally within 12 months.)

As for how it’s breaking through the noise of its competitors, the company has a corporate sales team that works with companies like McKinsey, Google and Whole Foods, and it partners with travel companies, including Concur, Airbnb and Expedia.

Certainly, investors see promise in its strategy — and its momentum. 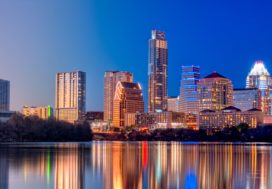 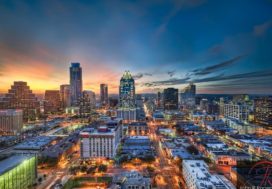